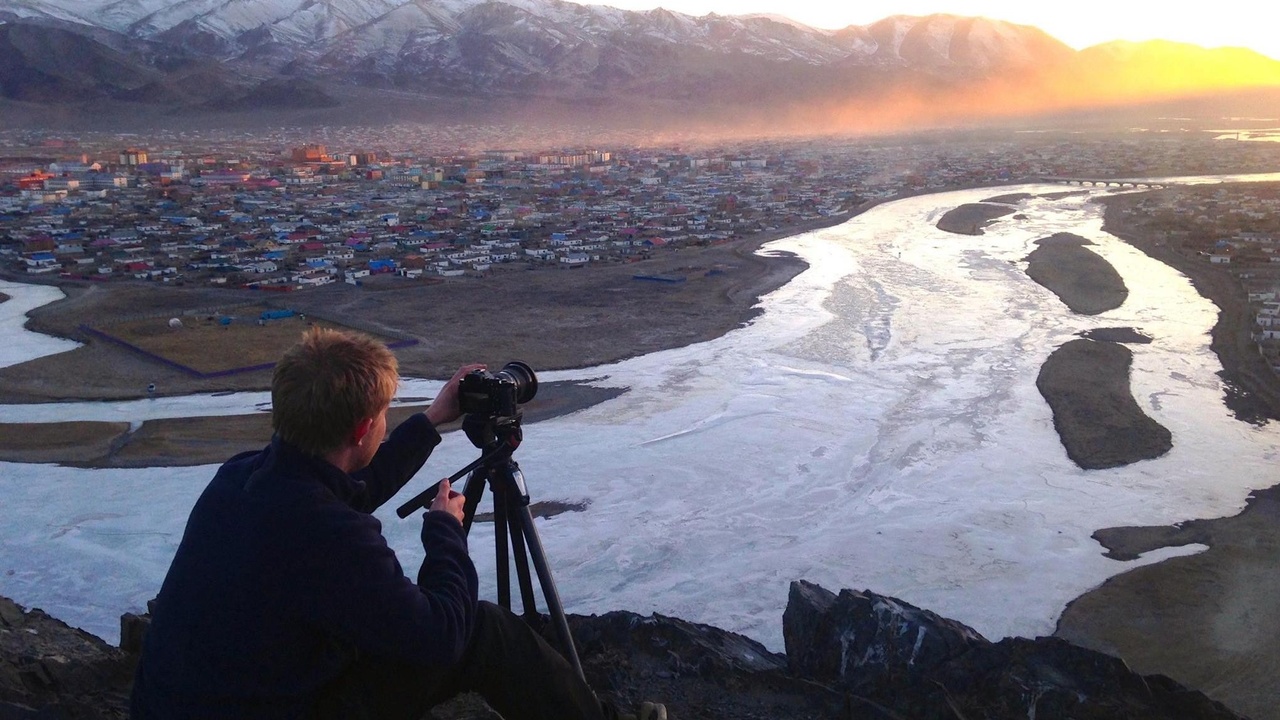 Lighting is one of the most important elements of cinematography and probably the least understood and least appreciated among beginners. As a documentary filmmaker, you often don’t have time to set up lights or it’s not appropriate to do so, so you’ll mainly be using sunlight.

So how can you harness natural light to create emotion in a scene? Well, there are five elements that affect natural lighting and I’m going to run through how to use these elements to harness the sun:

This will vary depending on the time of day you’re filming. For example, if you’re filming in the middle of the day, the sun will be at its strongest point and right above the subject creating a harsh light on the subject. Whereas if you’re filming at sunrise or sunset, also known as the golden hour, the light will be much softer and create a more dreamlike feel to your image. There’s a handy little app called Sun Scout which I love using when exploring a location before filming. The app tells you where the sun will be positioned at any time of the day, any time of the year. This is super helpful if you need the sun in a certain position as it will tell you exactly what time you need to film so you can schedule your filming around it. 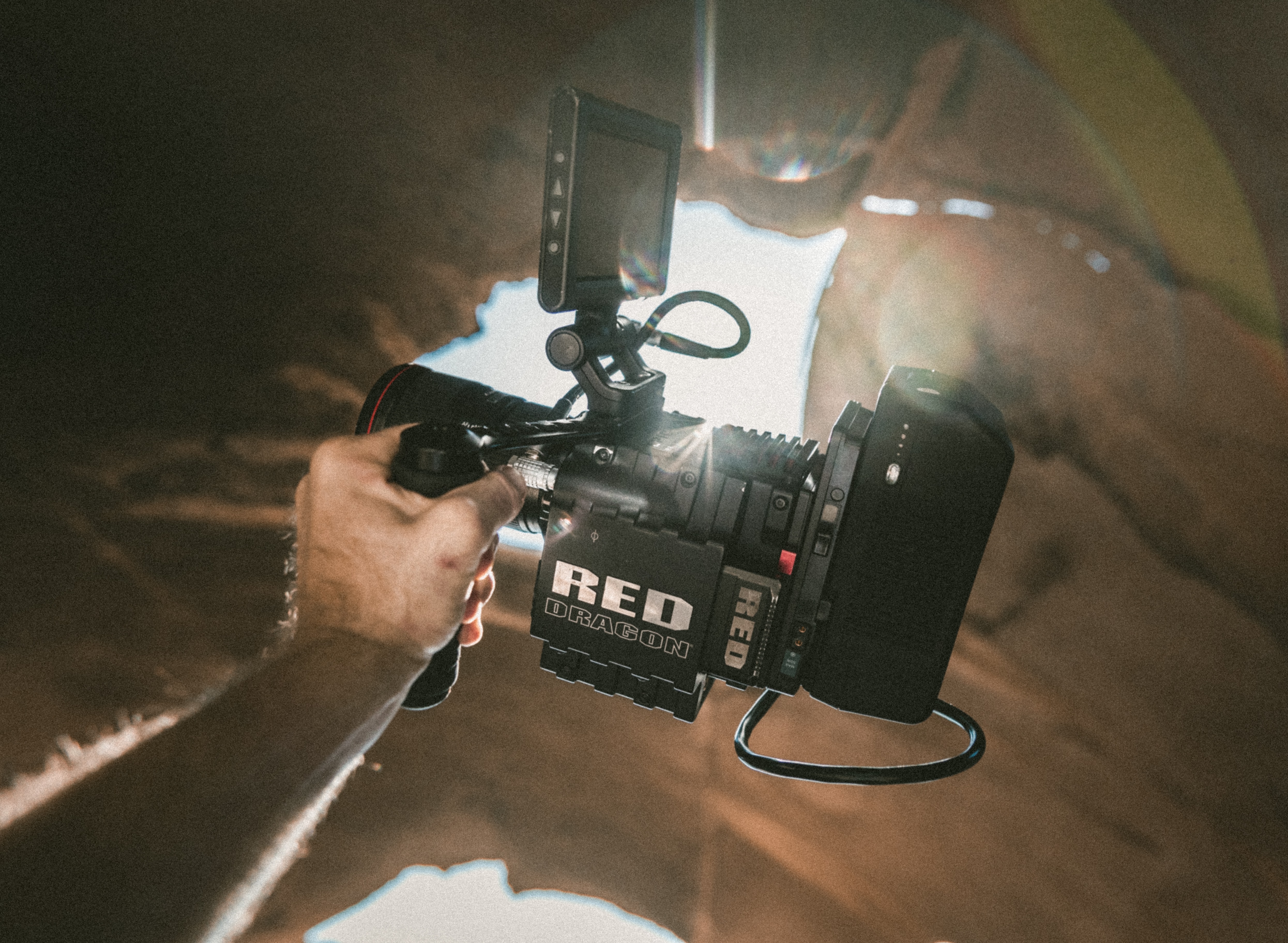 This is the most unpredictable part of using natural light. While we are at the mercy of mother nature, we can reduce some of the frustrations and be better prepared to take advantage of whatever light we are dealt. We can do this by checking the weather reports before filming, observing light-affecting weather in those places, and understanding what might cause certain conditions such as fog or even a sandstorm. 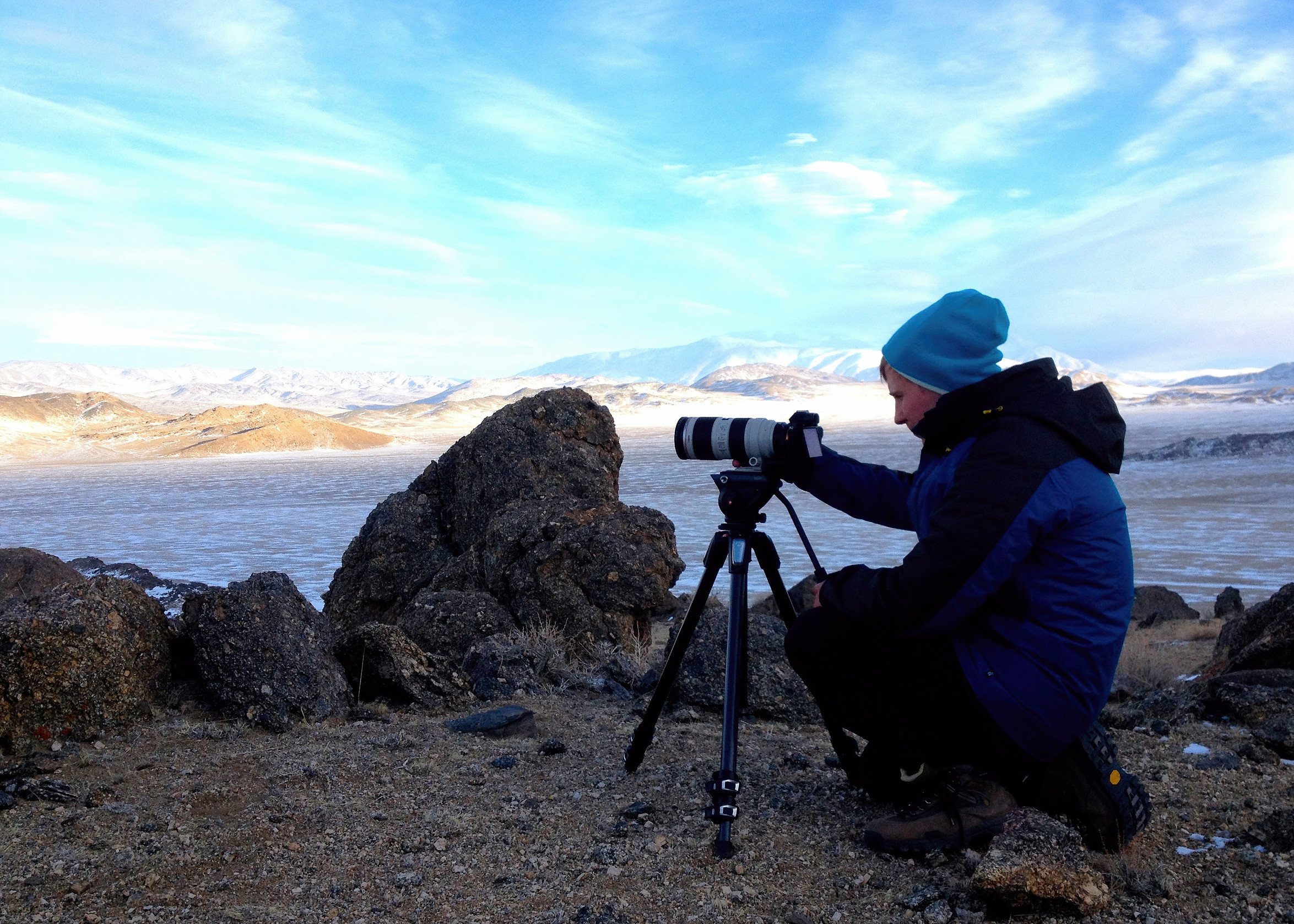 Diffused light is any light that has been softened in some way. It doesn’t have the intensity or glare of direct light. it is scattered and comes from all directions so, rather than casting harsh shadows, instead, it blurs the edges of shadows and seems to wrap around objects giving a nice soft look. The first and the simplest way to diffuse light is to position yourself and your subject out of direct sunlight, for example, in the shade or indoors. You can also diffuse light with man-made diffusers, which are usually large pieces of satin stretched over a frame. 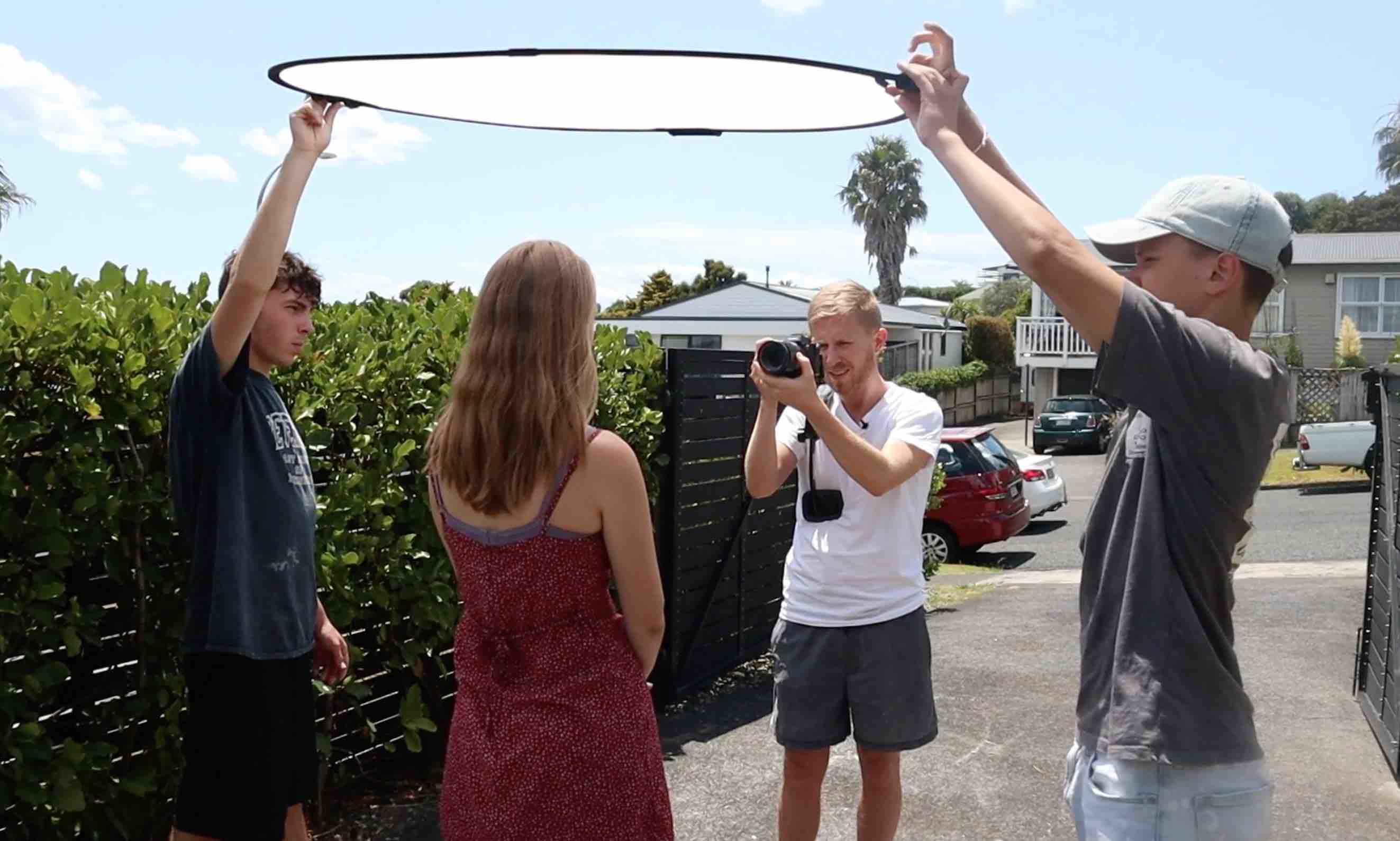 If you want to light your subject’s face because the sun's behind them, you can use what’s called a bounce board or reflector, which basically reflects the sunlight onto your subject. As you can see in the photo below, I used a reflector on the subject so we can see more of their face, because in some cases, the diffused light can make everything look a little bland and flat, so it’s good to give the shot a bit of a lift. The man-made reflector works by simply reflecting the light and directing it towards the subject. If you don’t have a reflector, you can use almost anything flat and relatively bright, like a white bed sheet, a white wall, a window, a mirror, snow, water or even bright sand. 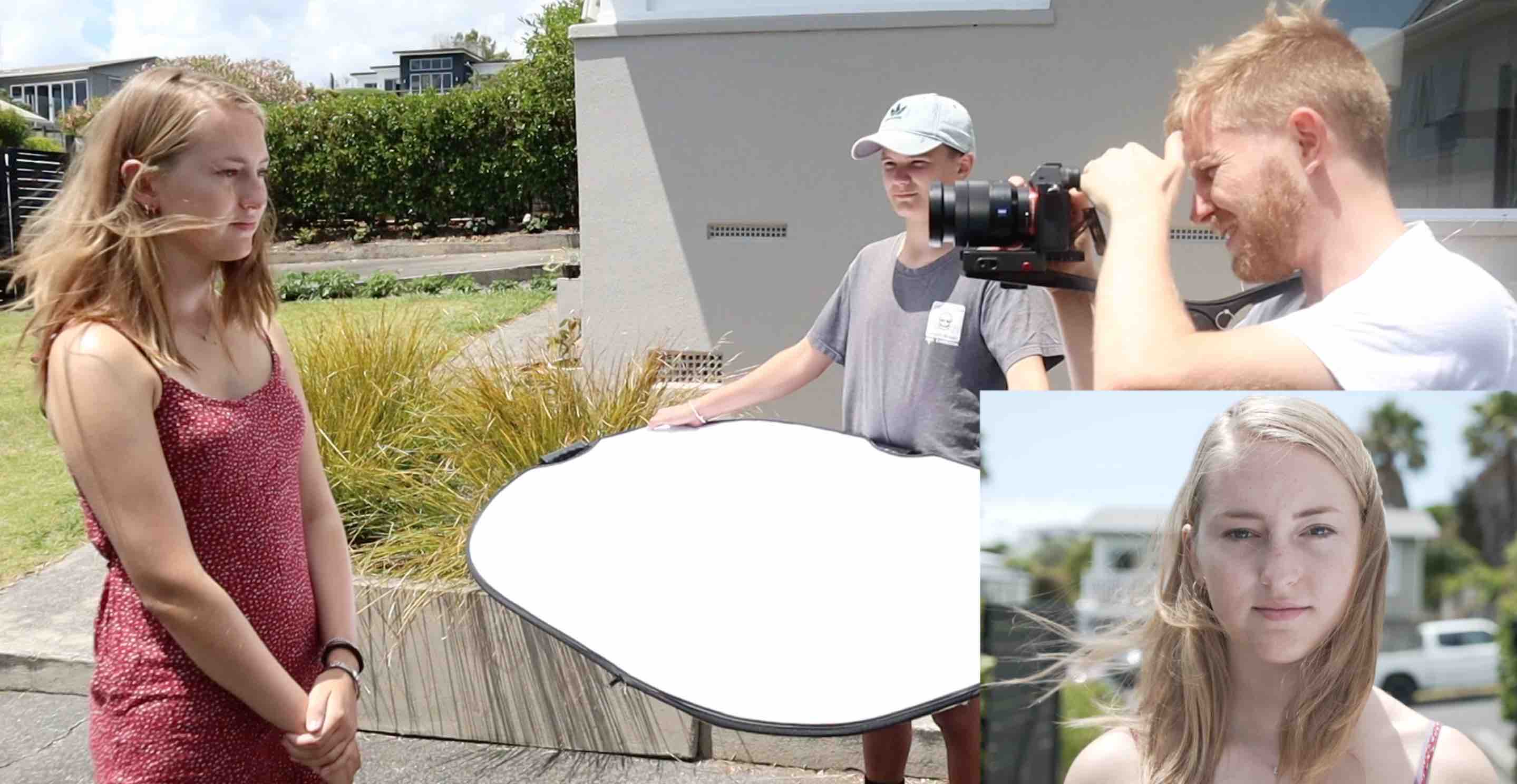 Beginner filmmakers often think they should have the sun behind them so it’s pointing towards the subject and lighting their face. However, I personally prefer filming into the sun as this gives a lovely light from behind, called backlighting. I love backlight for a few reasons. Firstly, it creates sun flares and I’m a big fan of filming my subject as the sun comes in and out, behind my subject. I’m always looking for shots where I can include the sun. Secondly, it’s easier for your subject to keep their eyes open, as they’re facing away from the sun rather than staring into it and squinting constantly. Thirdly, having the sun behind the subject creates a much nicer even light on their face, whereas if you film directly into the sun you get harsh shadows. And finally, I love backlight because it creates separation from the subject and the background by creating what’s called a halo effect—a glowing rim around the subject. When filming the human face, having the sun behind the subject is almost always more flattering than them being in direct sunlight. 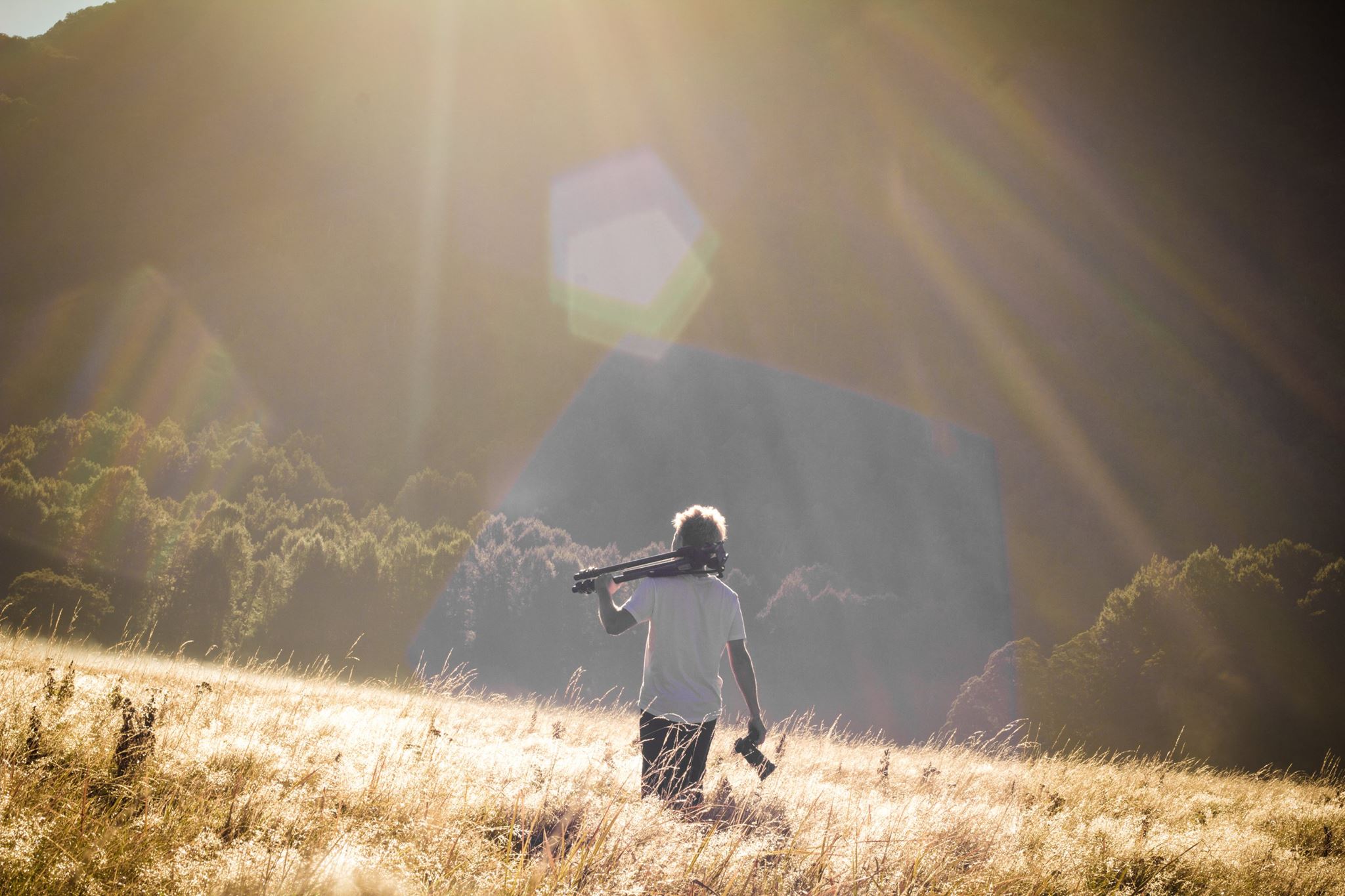 So there you have it! That’s how I harness natural light when filming a scene.