How to shoot a cinematic documentary scene 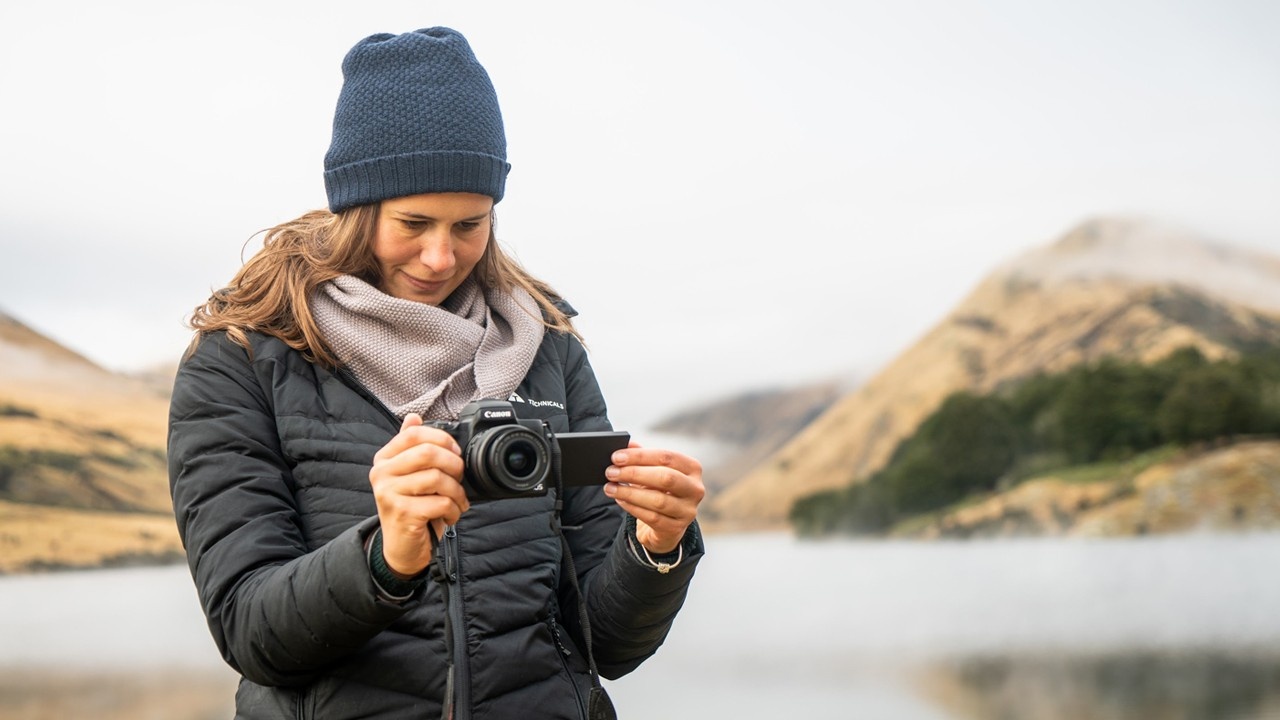 If you find the idea of shooting a scene a bit overwhelming and don’t know where to begin - don’t worry, you’re not alone - it’s something all documentary filmmakers feel when starting out! But with practice, it’ll become second nature.

When I say scene, I simply mean several shots cut together to tell a small part of the story. Usually a scene is made up of continuous action in the same location. If you compare it to a book, then a shot is like a sentence and a scene is like a paragraph.

So, to shoot a scene, to start with, I'd recommend just using one camera and following what’s called the five-shot rule. This is a technique that was popularised by Michael Roseblum who trained video journalist students at the BBC with this technique. So I’m going to run through these five shots now to show you how to take a scene like this and turn it into a scene like this, just by using the five-shot rule and then piecing the different angles together in the edit:

So first up you’ll want to film a close-up of your subject’s hands to show what is being done. 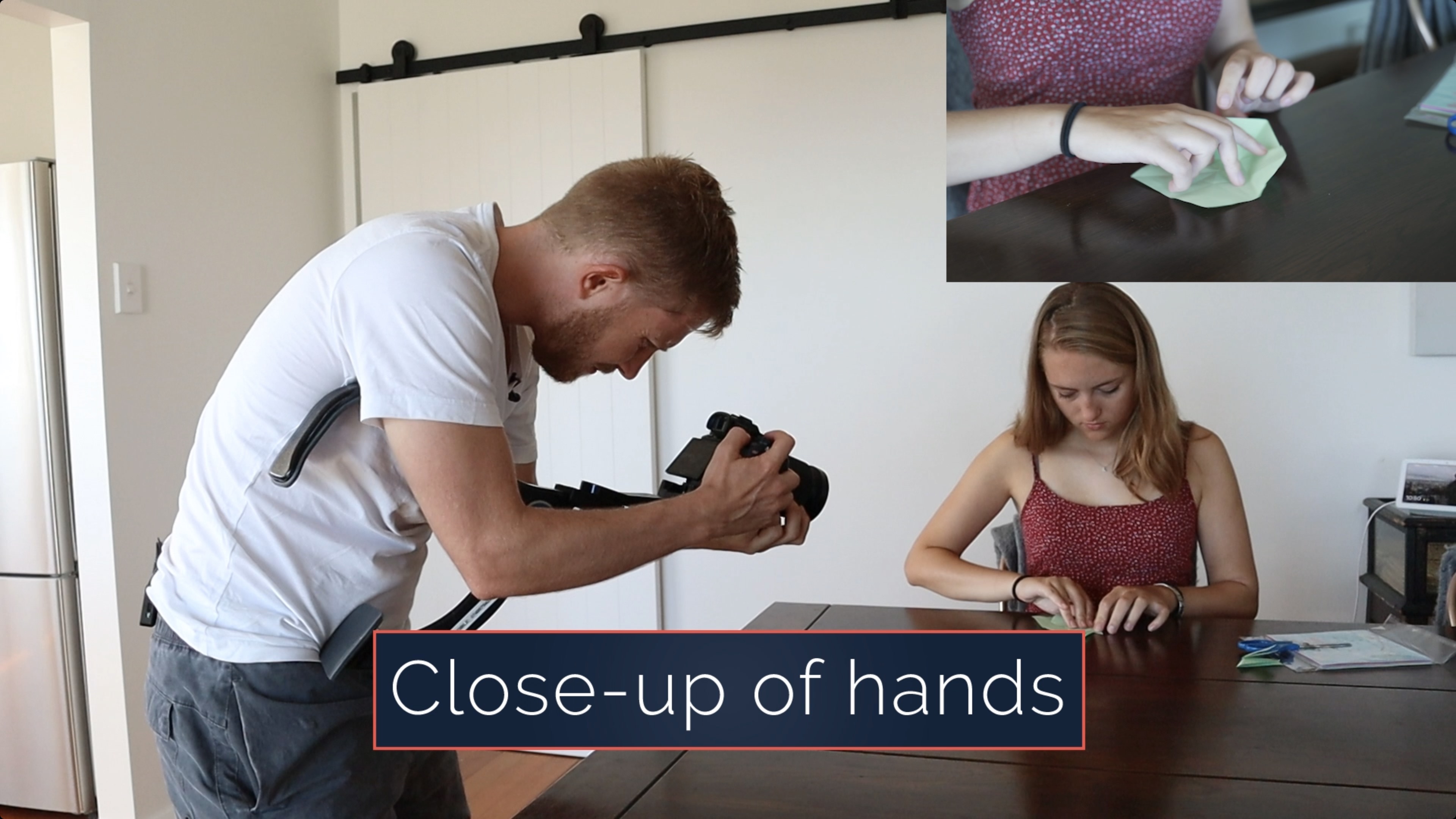 Then film a close-up shot of your subject’s face. 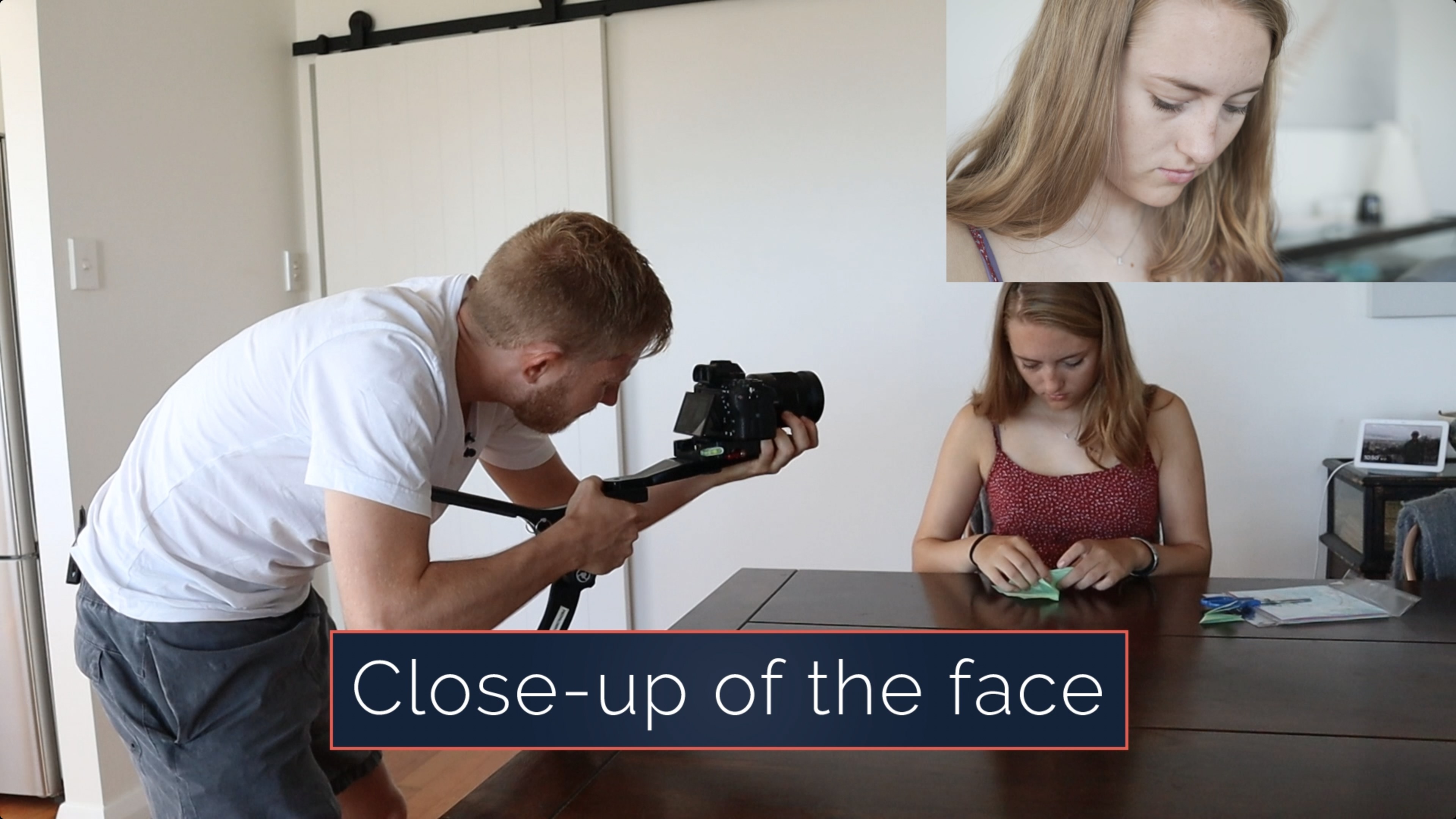 Use wide shot showing where the scene is taking place. 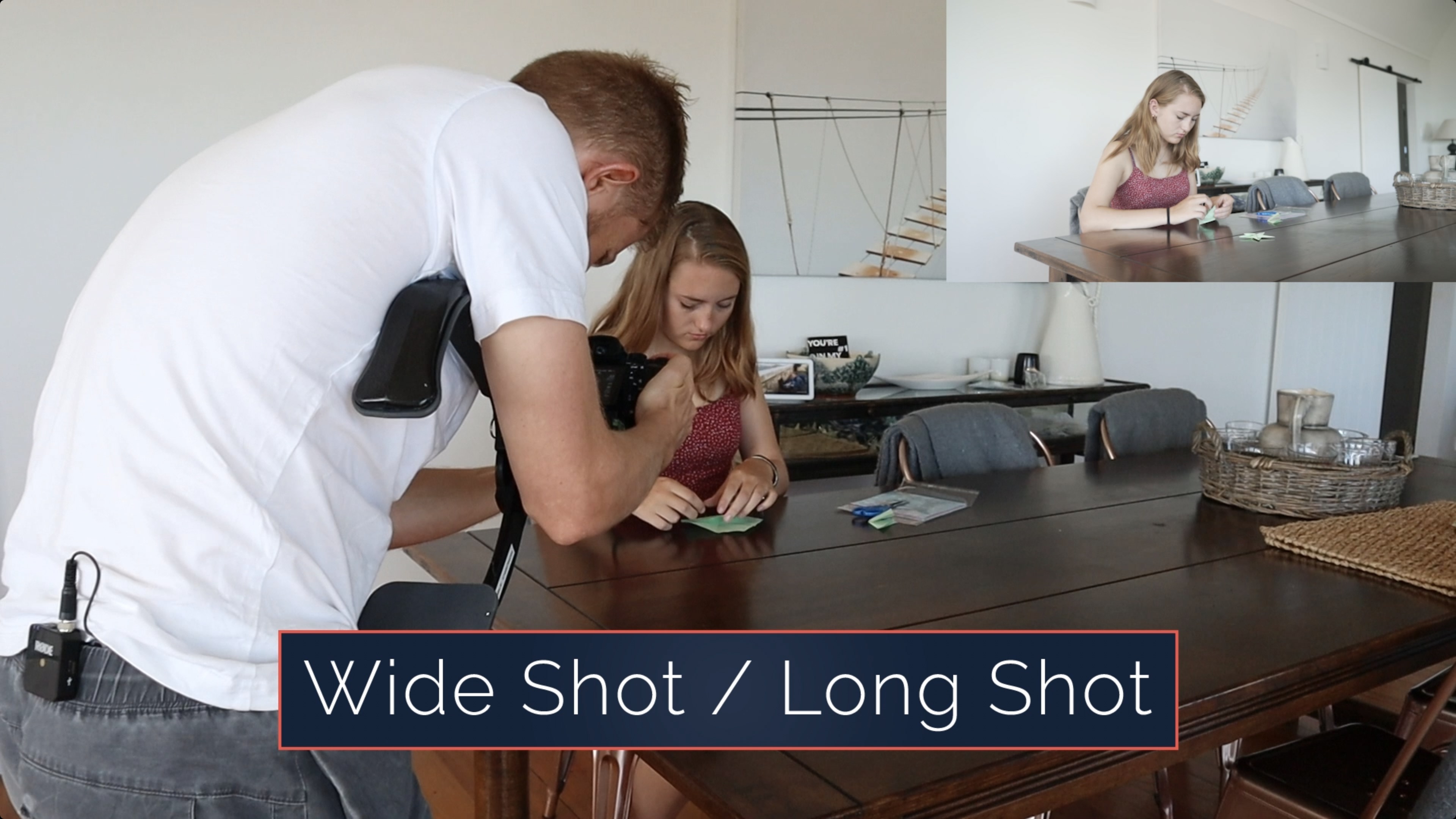 Over-the-shoulder shot of your subject. 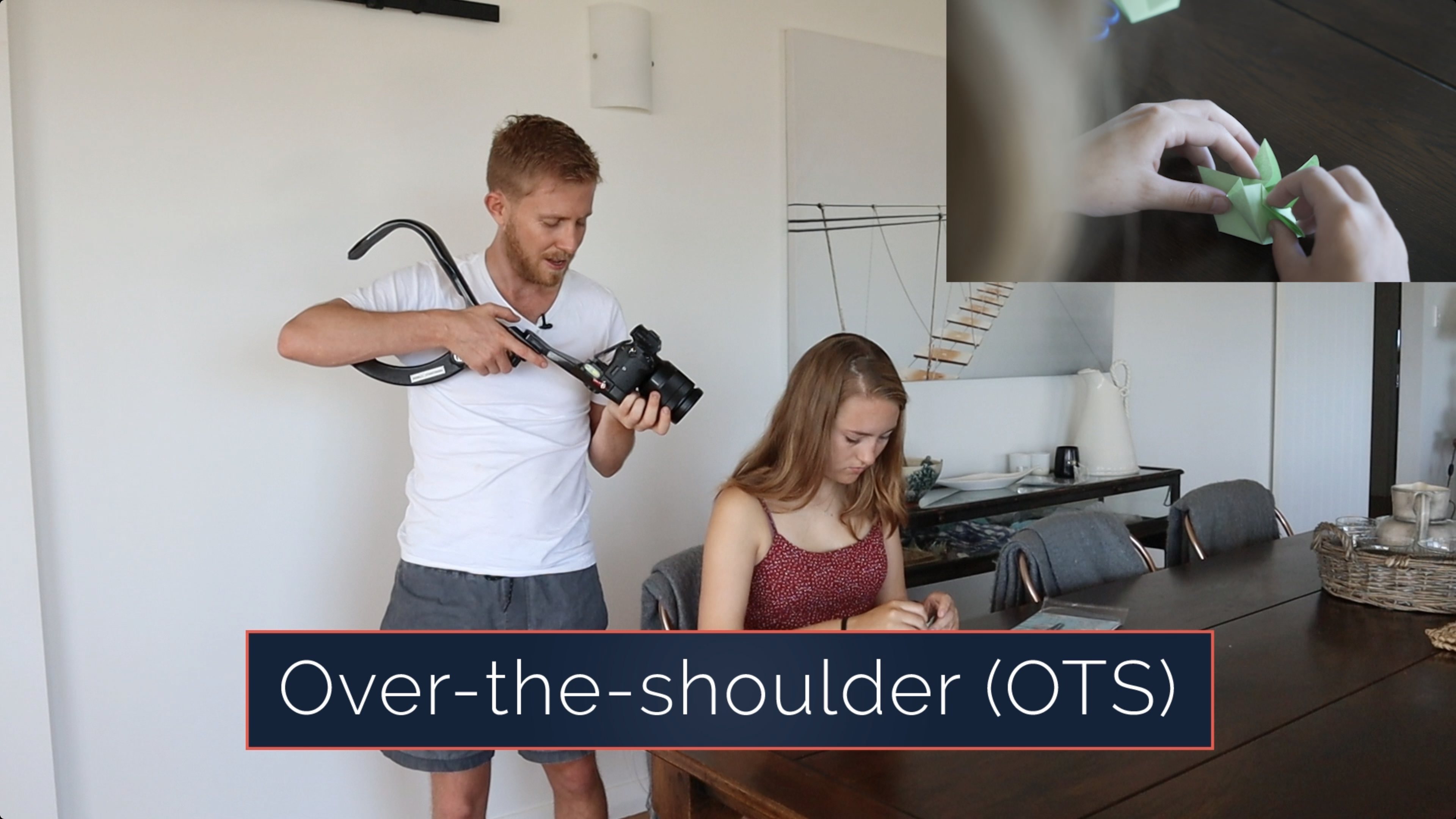 And lastly, an unusual shot to show the scene unfolding - it’s up to you what camera angle you use. Just be creative with it, whether that means climbing up a tree to get a high angle, crawling on your belly to get a low angle or tilting your camera to get a dutch angle. 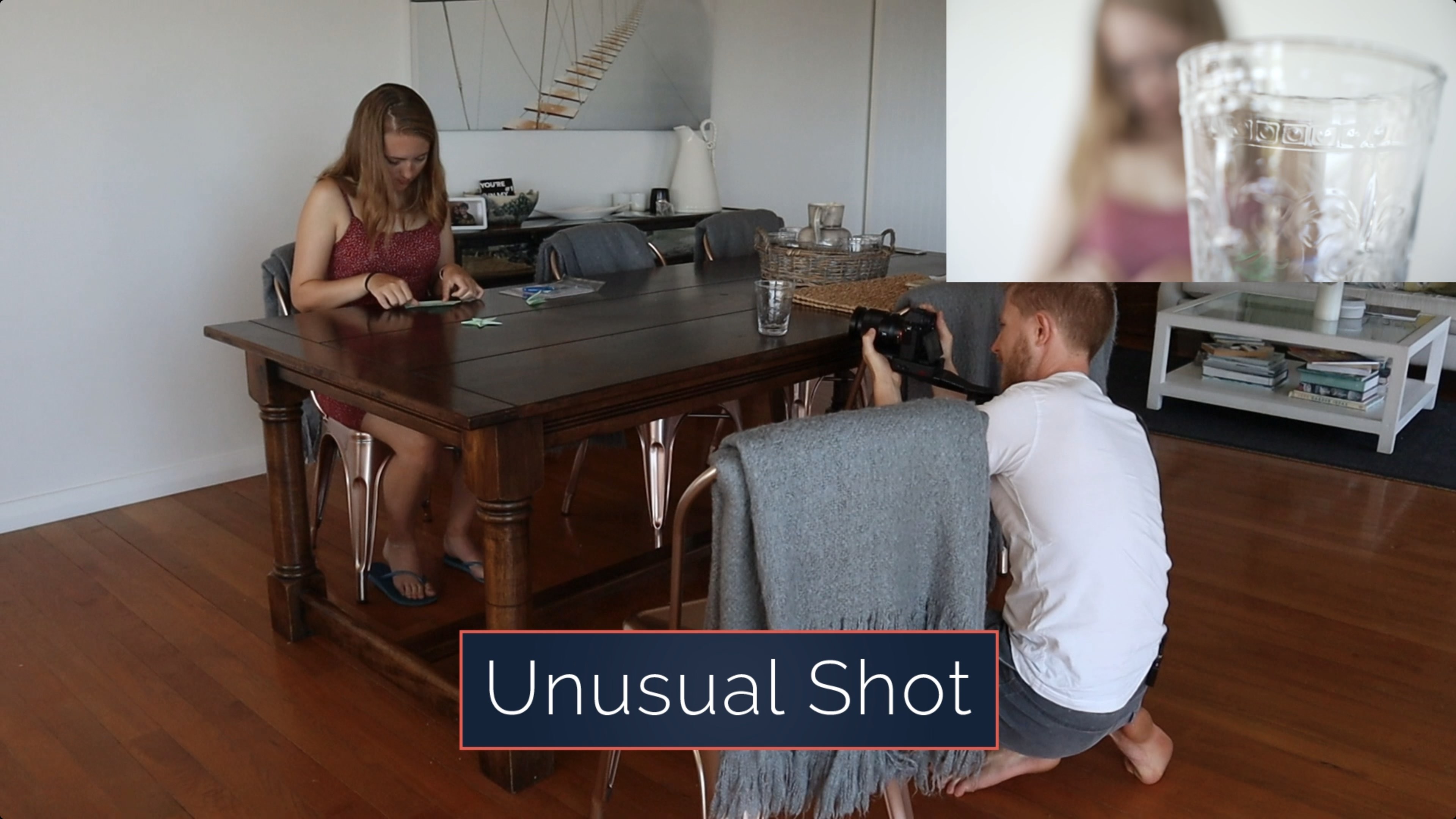 When filming a sequence, don’t be afraid to direct your subject a little or ask them to repeat an action so you can get an additional angle. As long as what you’re filming is true and authentic to your character there’s nothing wrong with doing this. In fact, I’d encourage it, as having multiple angles will make for a much better documentary. Of course, there will be times when you can’t do this because it’s not appropriate for your subject to repeat the action because they’ve got to focus on the task at hand. If this is the case, then respect your character’s space, and film the scene as best you can, either with one camera or with multiple camera operators.