When you’re a filmmaker there’s so much to think about: locations, equipment, release forms, funding, the list goes on and on. With so much happening, it’s easy for seemingly small things to slip under the radar only to come back to bite you when you hit the post-production phase. Sound is definitely one of those things!

It’s often overlooked, but poor sound can really hurt a film and it’s often what makes a beginner filmmaker stand out like a sore thumb. When watching a film, people will generally forgive bad visuals for a few minutes, but with bad sound, people will stop watching within seconds. Remember, that what people hear is 50 percent of their viewing experience. Sound isn’t a small thing you can simply worry about later; it’s half the film. So to save you from pouring all this time and effort into your film, only to have the audience not watch it, I’ve put together six tips for how to record great sound on location that I wish I’d known when I started out making films:

Visit your location in advance and plan how to minimise noise pollution and decide which is the best time of day to film. For example, if I was filming in a location near a busy road, it would be better to film on either side of peak hour traffic, as there would be less noise from all the different vehicles on the road.

as your main source of audio—it’s a low quality mic. Instead, use a shotgun mic, Rode Mic or a lapel mic. For example, here I’m filming with the built-in microphone and it sounds very tinny and amateur. The best option is to have a boom operator who can keep a shotgun mic close to the subject. Like this, which has a much fuller and rich sound. However, this is not always possible so I recommend putting a shotgun mic on top of your camera, such as the Rode VideoMic Pro, like this, which is great for run and gun filmmaking or using a wireless lapel mic, like this, which you can attach to your subject and have them move around and still capture great quality sound. 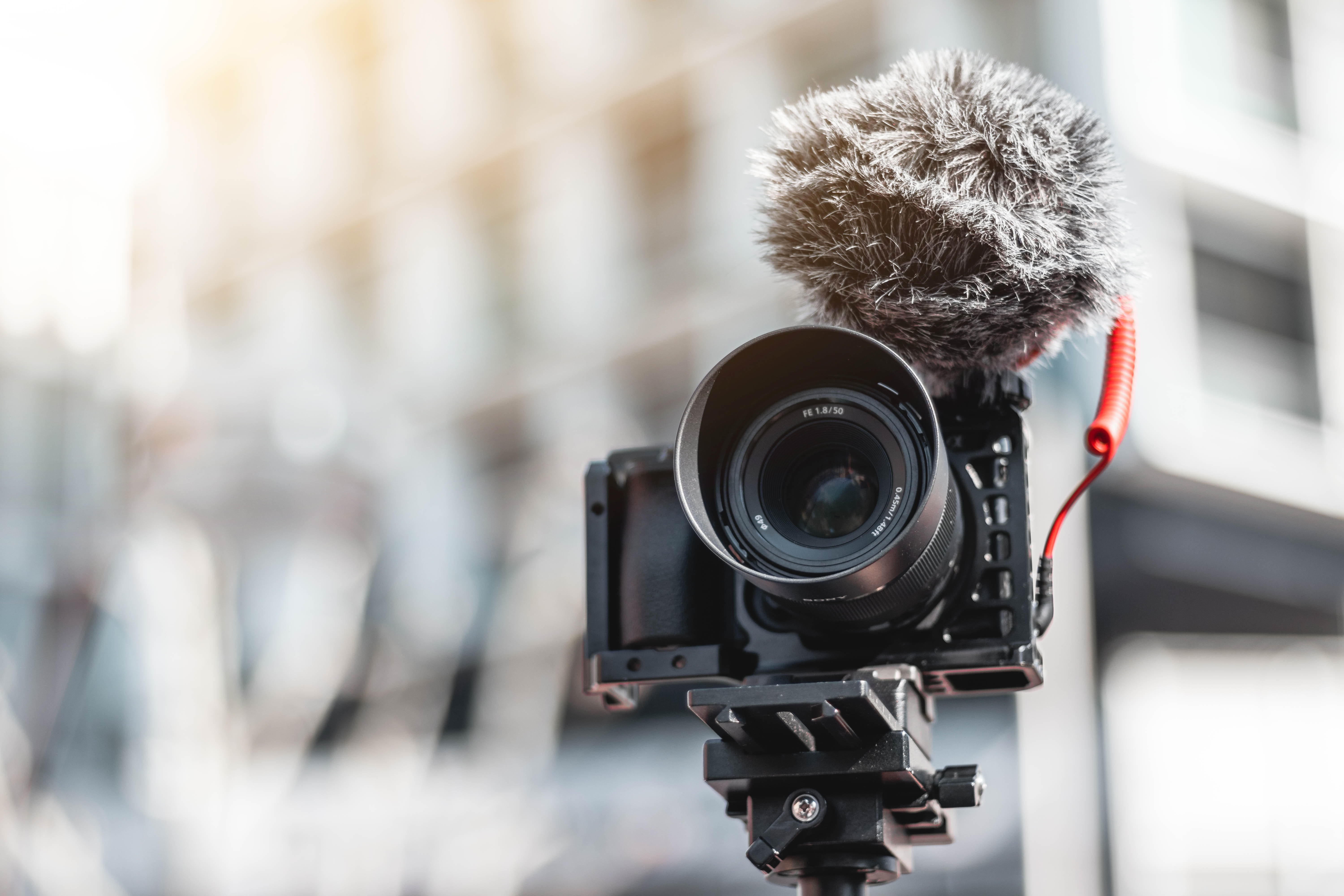 The closer the mic is to your subject, the cleaner the sound. Try out different options and get creative.

But the real art of microphone placement isn’t just about getting it as close to your subject as possible, it’s also about making sure it doesn’t come into shot, or if it is in the shot, it doesn’t feel out of place.

Make sure your sound is always below zero decibels, otherwise it will distort. The sweet spot is around  -10  dB. If you’re recording audio in an environment where the level of the sound is changing all the time, it’s better to have a slightly lower audio level and just keep monitoring and changing the levels to match the changing environment.

Spend a couple of minutes just capturing the local ambience of the location whether that’s the birds tweeting in the park or people chattering in a cafe. This can then be used in the edit to help smooth out cuts between two different shots in a scene. 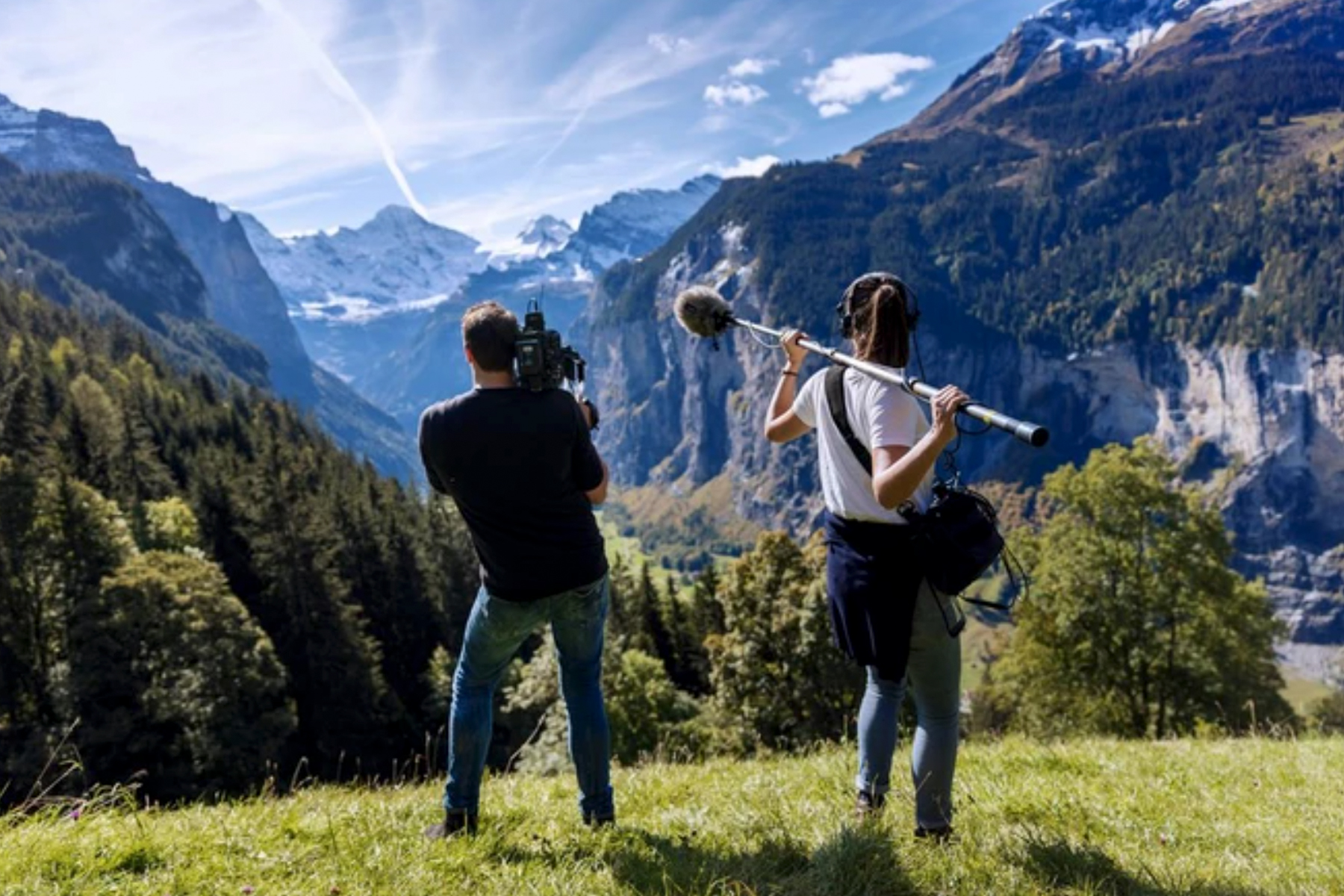 6. Use a windsock or wind screen

When filming outdoors, especially in locations where you’re exposed to the elements such as mountains and close to the ocean. I’ve found windsocks help, but only a little. Whereas windscreens make a significant difference, especially when combined with a windsock. I use the Rode blimp windshield for my Rode NTG3.

Remember it’s always easier to fix a problem before you film, than in post-production when you’re editing your film. Sometimes it may feel more stressful to take a moment to fix these issues if you’re under time pressures but you’ll always thank yourself when you get to editing if you’re able to solve the issues on the day.