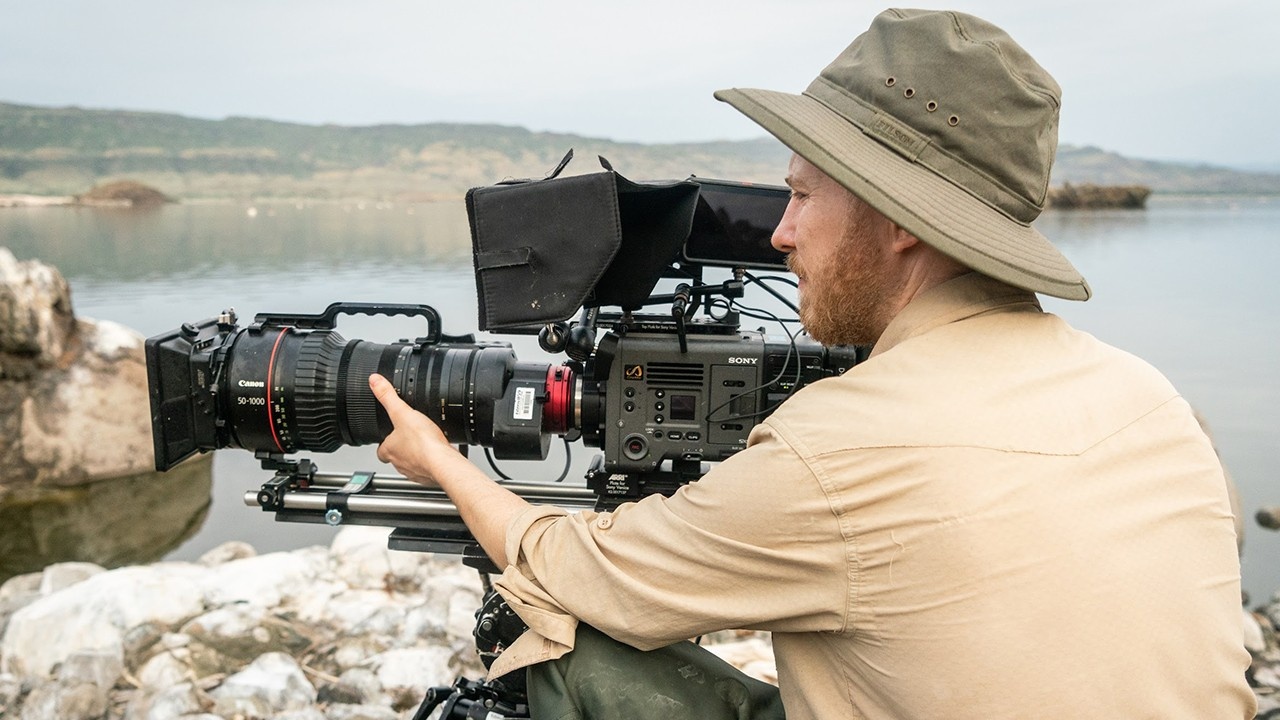 Composition is the arrangement of visual elements in an image. It’s all about asking yourself, does my image have all the right ingredients? And are they in the right place?

How the visual elements are arranged in a frame will determine how the audience feel when watching a documentary.

Understanding composition, is often the difference between shooting a visually boring documentary and a cinematic doc. So it’s definitely worth mastering.

Ok, so these are the 5 rules of composition I use when filming a documentary.

Mentally divide your image horizontally and vertically into thirds and position the most important parts of your shot along those imaginary lines. For example, in this shot below I've put the mountain biker on the ride horizontal line and this makes the shot more aesthetically pleasing than if he was in the center of frame: 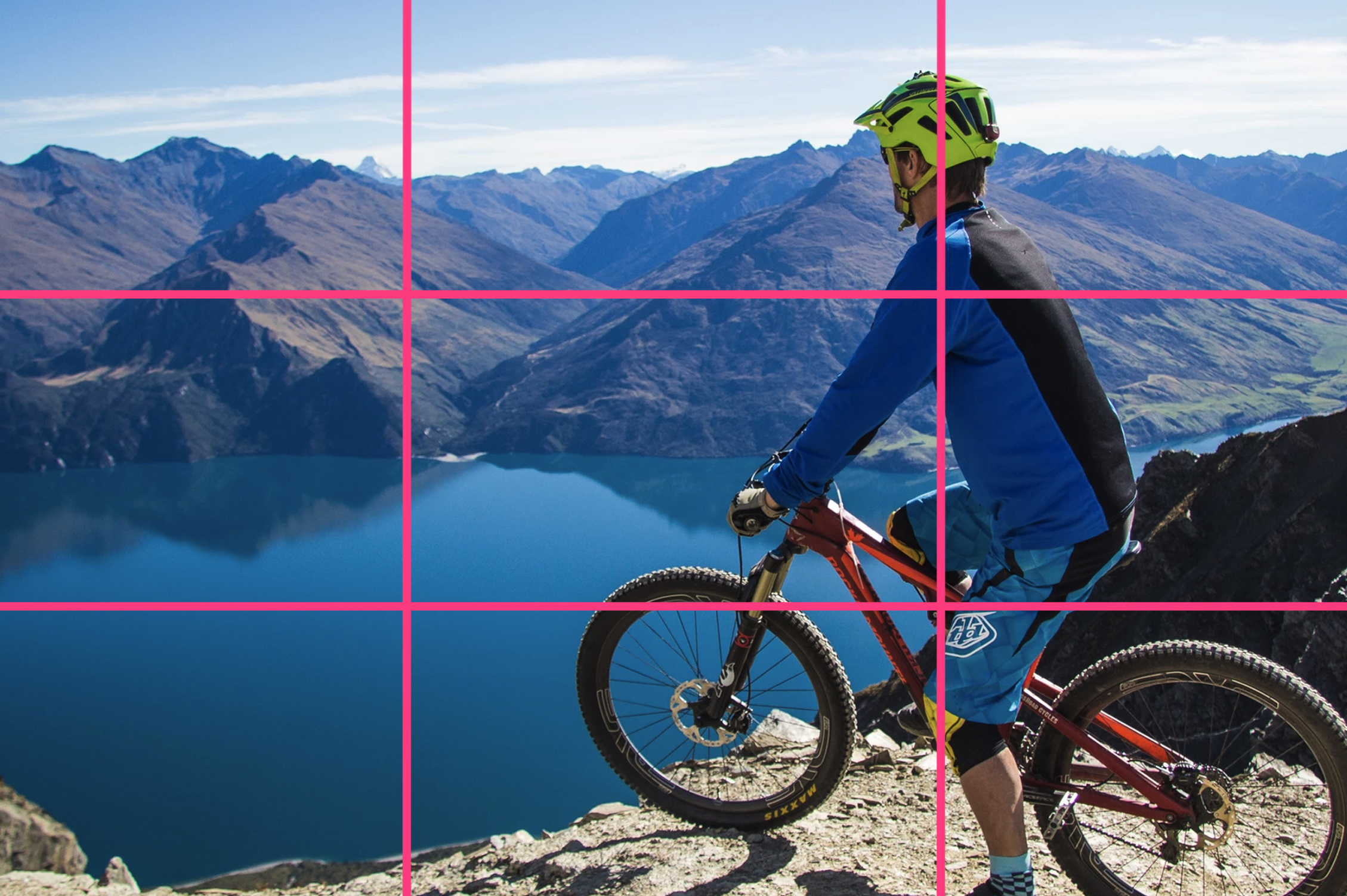 Avoid dead space by either getting closer to the subject or zooming in. For example, here's a screengrab from one of the first short films I ever made, with two friends of mine over 15 years ago. And as you can see I didn’t understand the concept of filling the frame! In most of the shots there’s a lot of dead space: 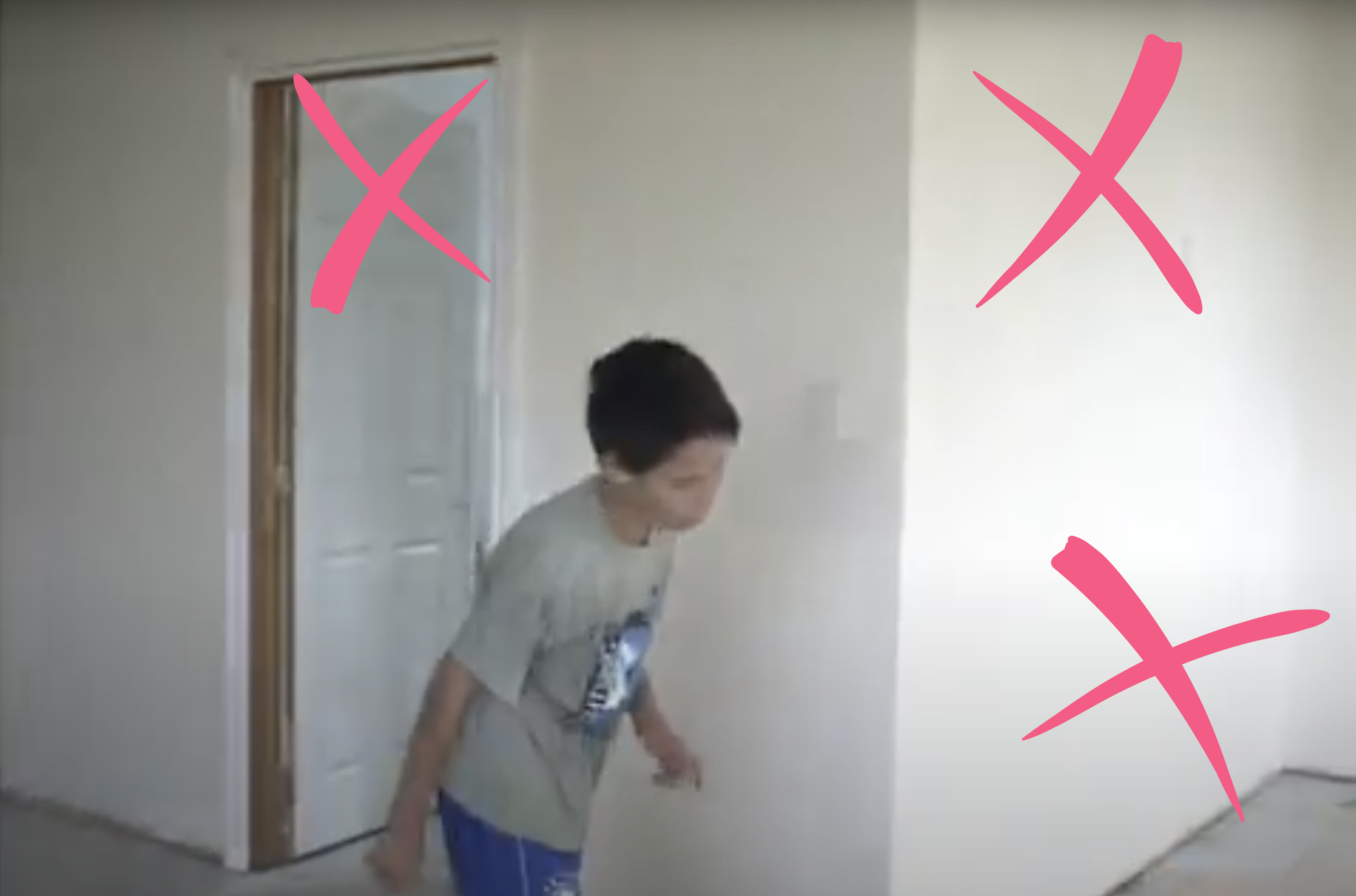 Compare this to a screengrab from 'The Camera Man', a short film I made more recently, where I filled the frame and didn’t have any dead space and if I did, it was intentional - to evoke emotion: 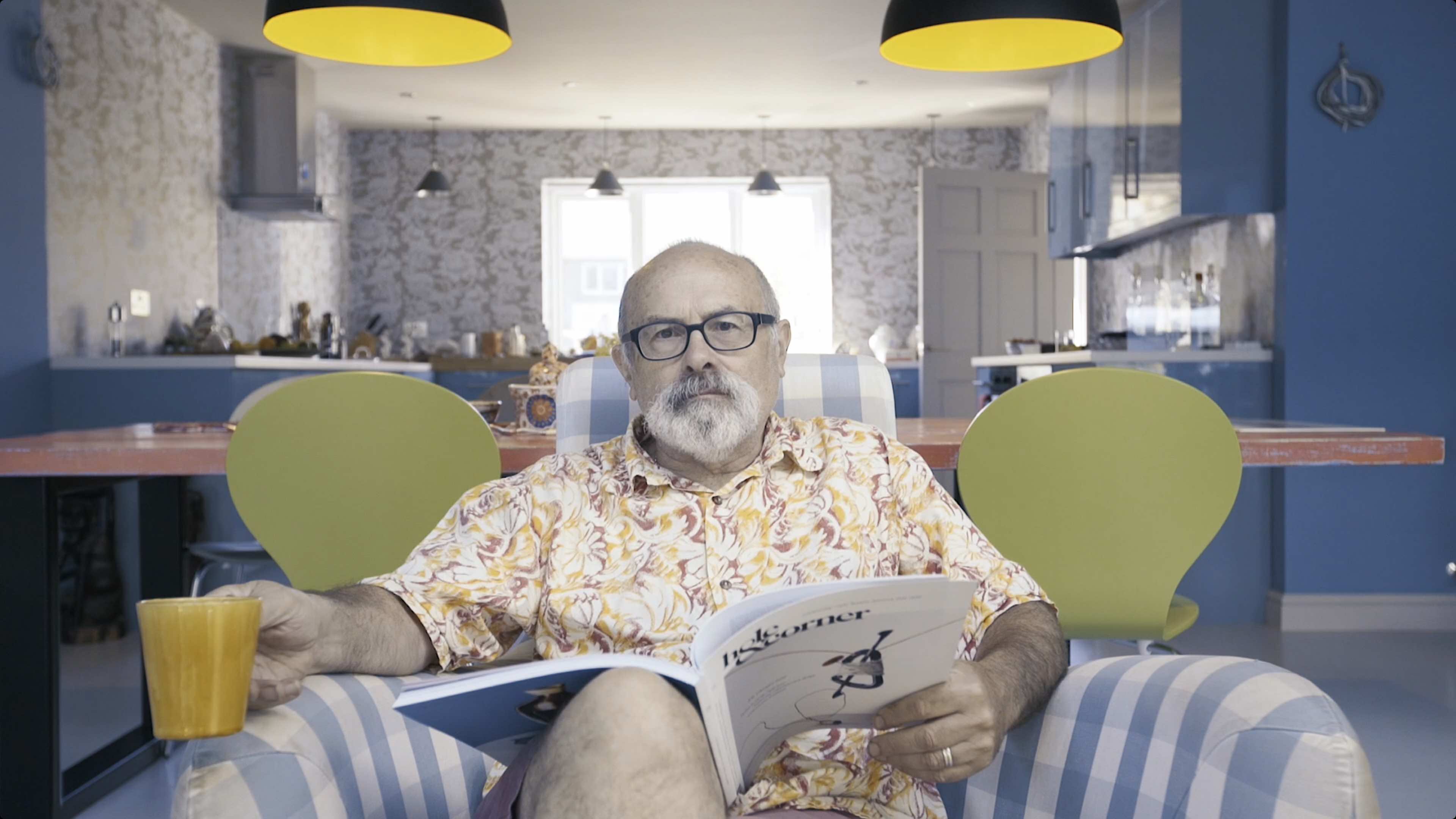 For example, in this screengrab, the main subject is talking about his father's anxiety and how he’s inherited that same nervousness. Including space in the frame makes the subject seem more vulnerable and enhances the emotions the character is talking about: 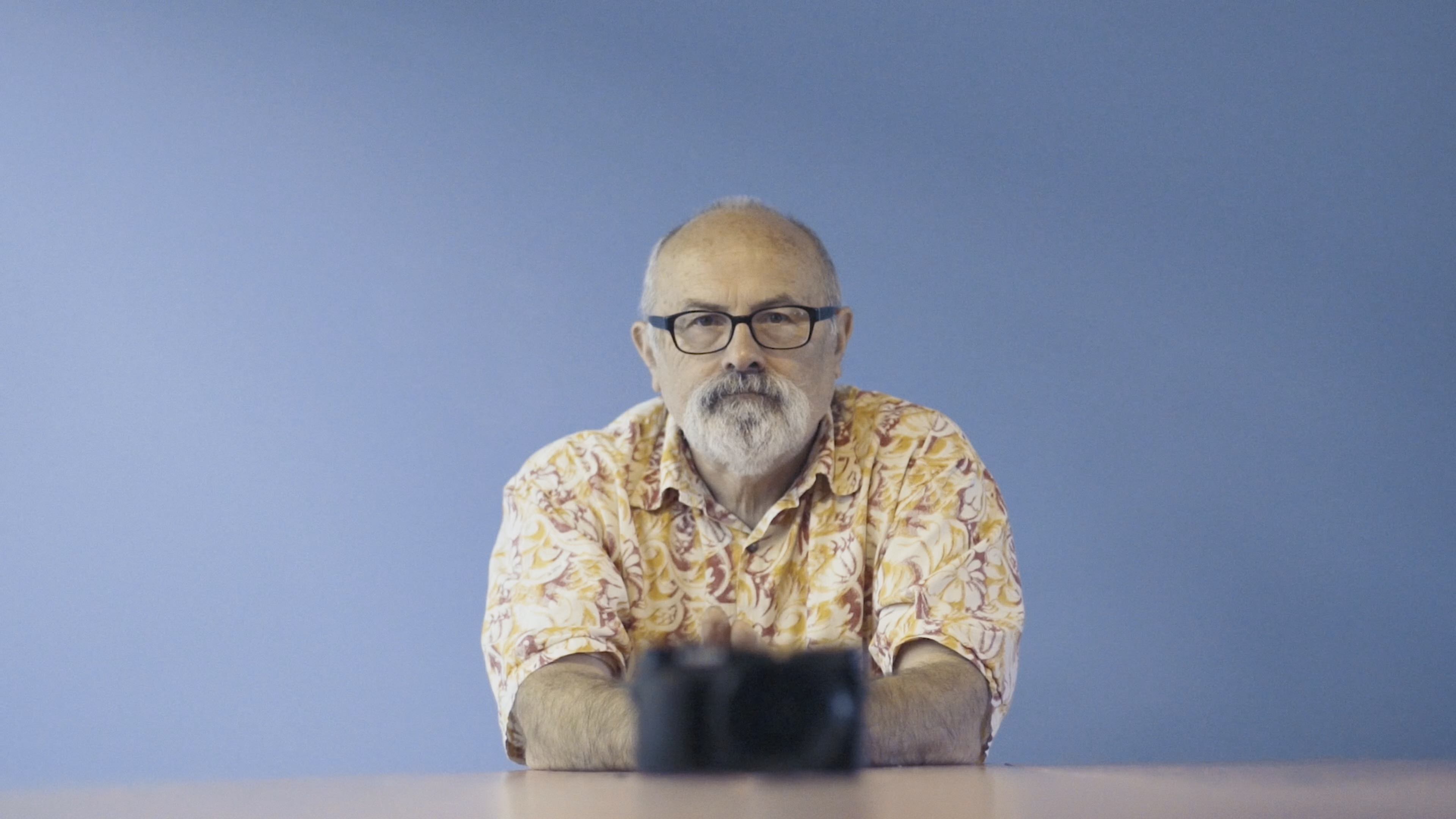 Draw the eye towards your main subject by making use of leading lines like rivers or roads. For instance…

Examples of leading lines in nature are: 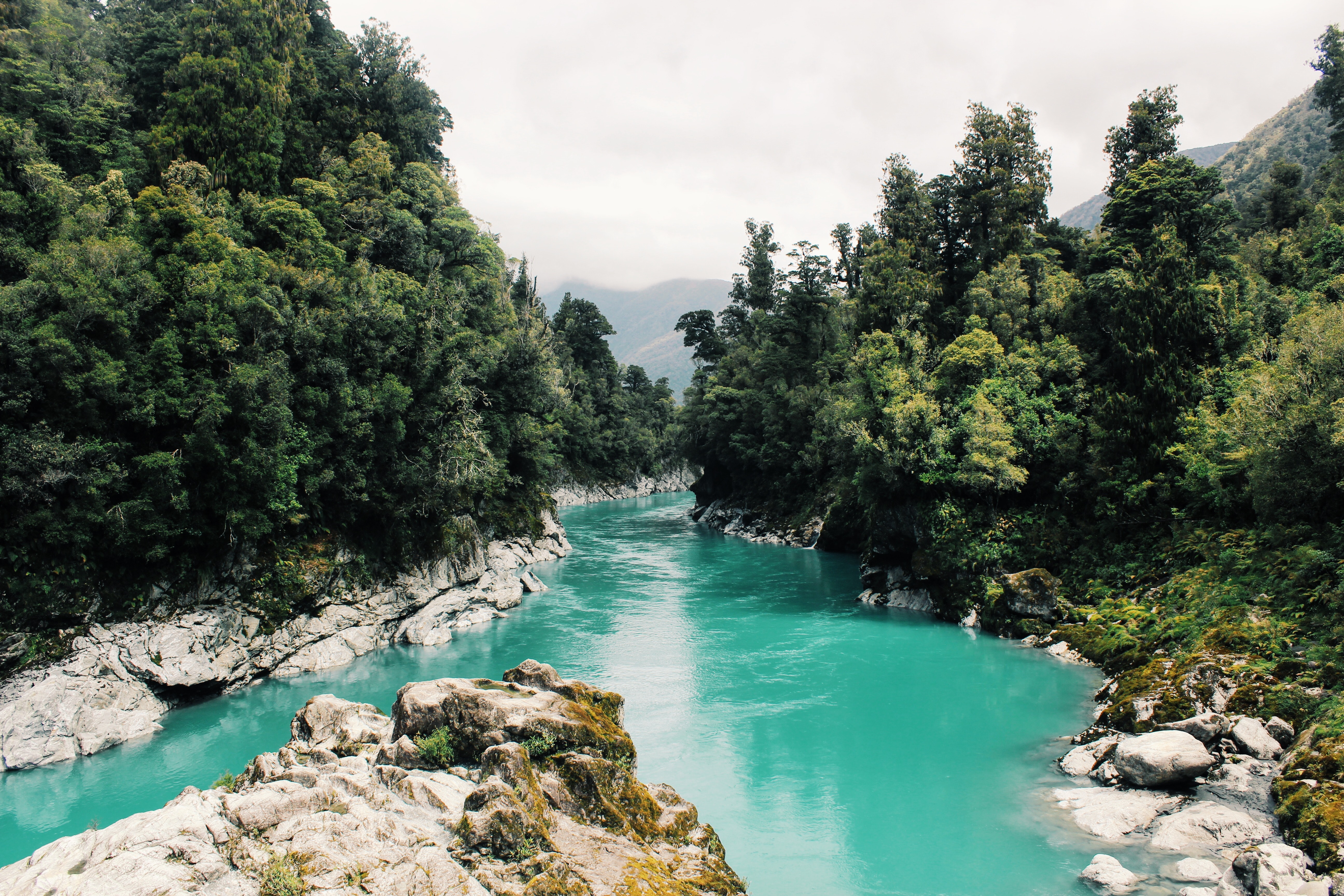 Some examples of man-made leading lines are: 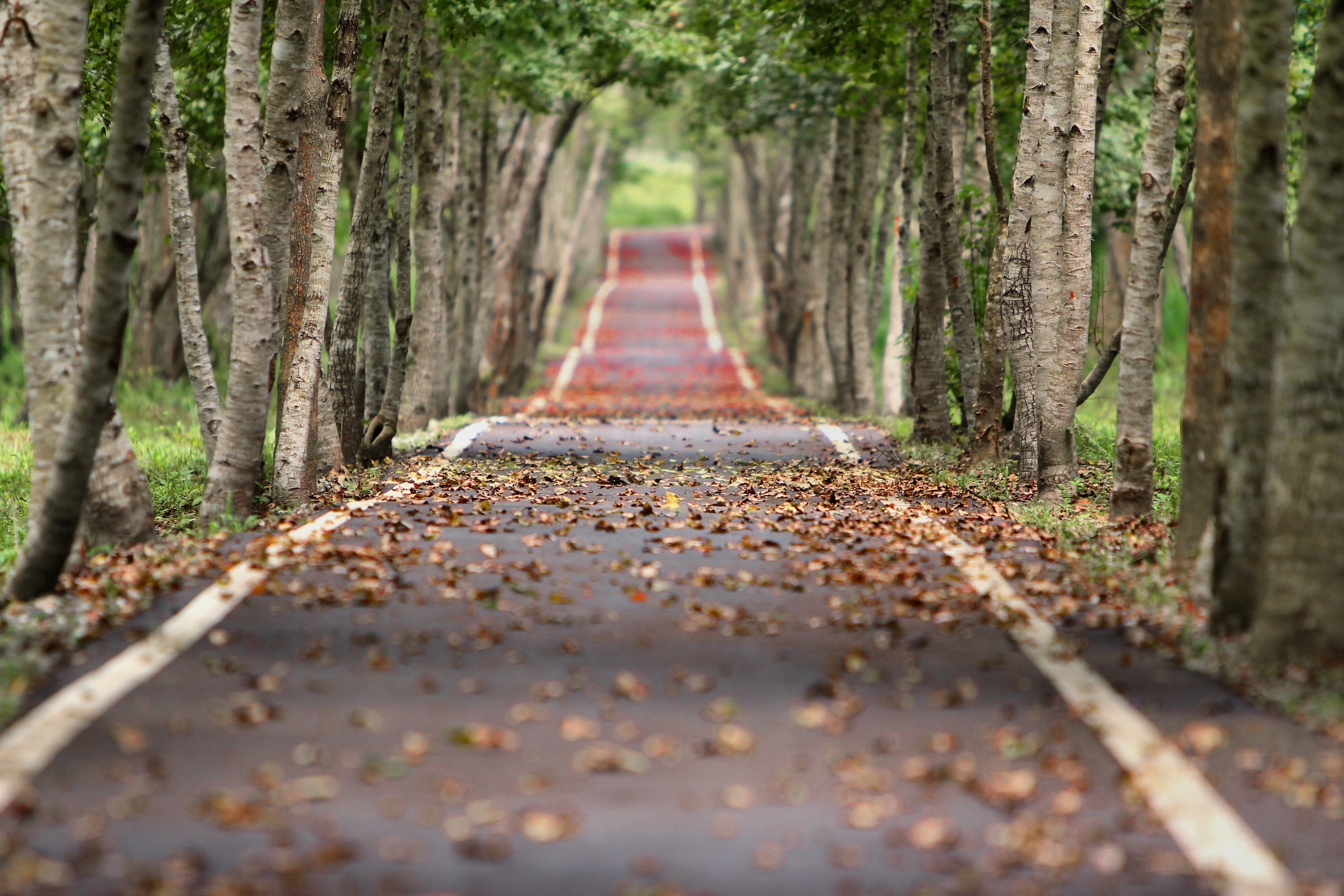 Leading lines carry our eye through the frame. They can be used to place emphasis, and to draw a connection between two objects or key elements in a scene. Use them creatively and with expressive purpose to help bring your documentary story to life.

For symmetrical scenes, center your subject and make use of natural and man-made patterns.  A moment ago, I recommended you position your subject along with the rule of thirds instead of in the center of the frame. But, there are times when framing your main subject in the center of the frameworks really well and creates beautiful symmetry and an eye-catching composition, especially in scenes where symmetry is not expected, for example in everyday situations such as drinking a cup of tea or listening to music.

Now, when it comes to capturing patterns there’s two main techniques I like to focus on, and that’s emphasizing the pattern and breaking the pattern.

So firstly, to emphasize a pattern you need to fill your frame with a repetitive pattern so it can give the impression of size and large numbers. The key to this is to attempt to zoom in close enough to the pattern that it fills the frame and makes the repetition seem as though it’s bursting out - even if the repetition stops just outside of your framing.

Some examples of this technique could be flowers in a flower bed, bricks on a wall, apples in a crate or windows of an office block. Basically, any repeated appearance of objects could work. 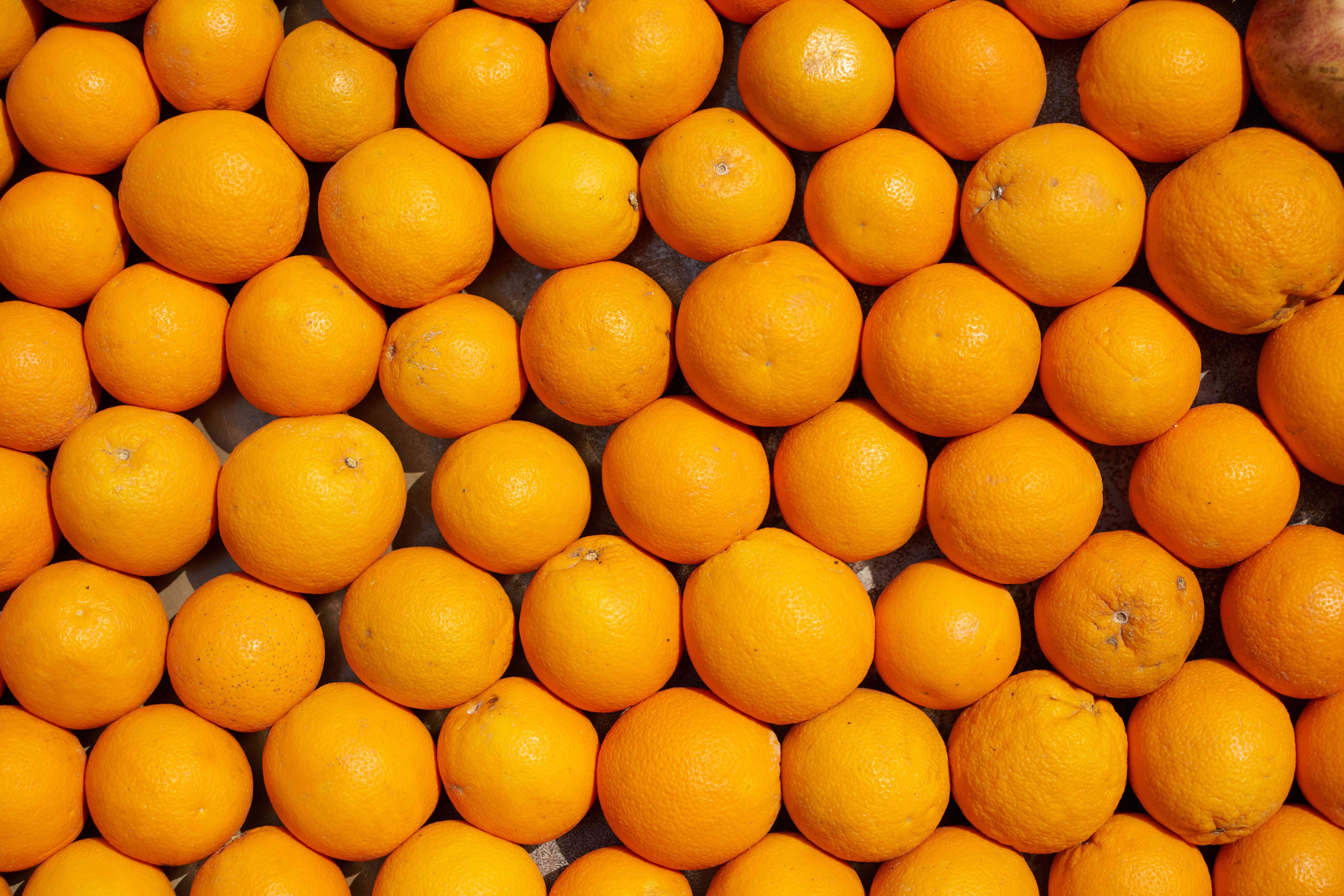 The second technique I like to use is breaking a pattern, where you look out for and capture the interruption of the flow of a pattern. For example, this could be a pattern of flowers that are all white except one which is red, or a group of people all walking in the same direction except for one person who is walking in the opposite direction.

Broken repetition can be achieved with a change of color, shape, direction or texture. To start with it can be a real challenge trying to find broken patterns, but the key is to keep an eye out for them in the most unlikely situations such as a food market or a coffee shop and over time they’ll become much easier to spot in day-to-day life. 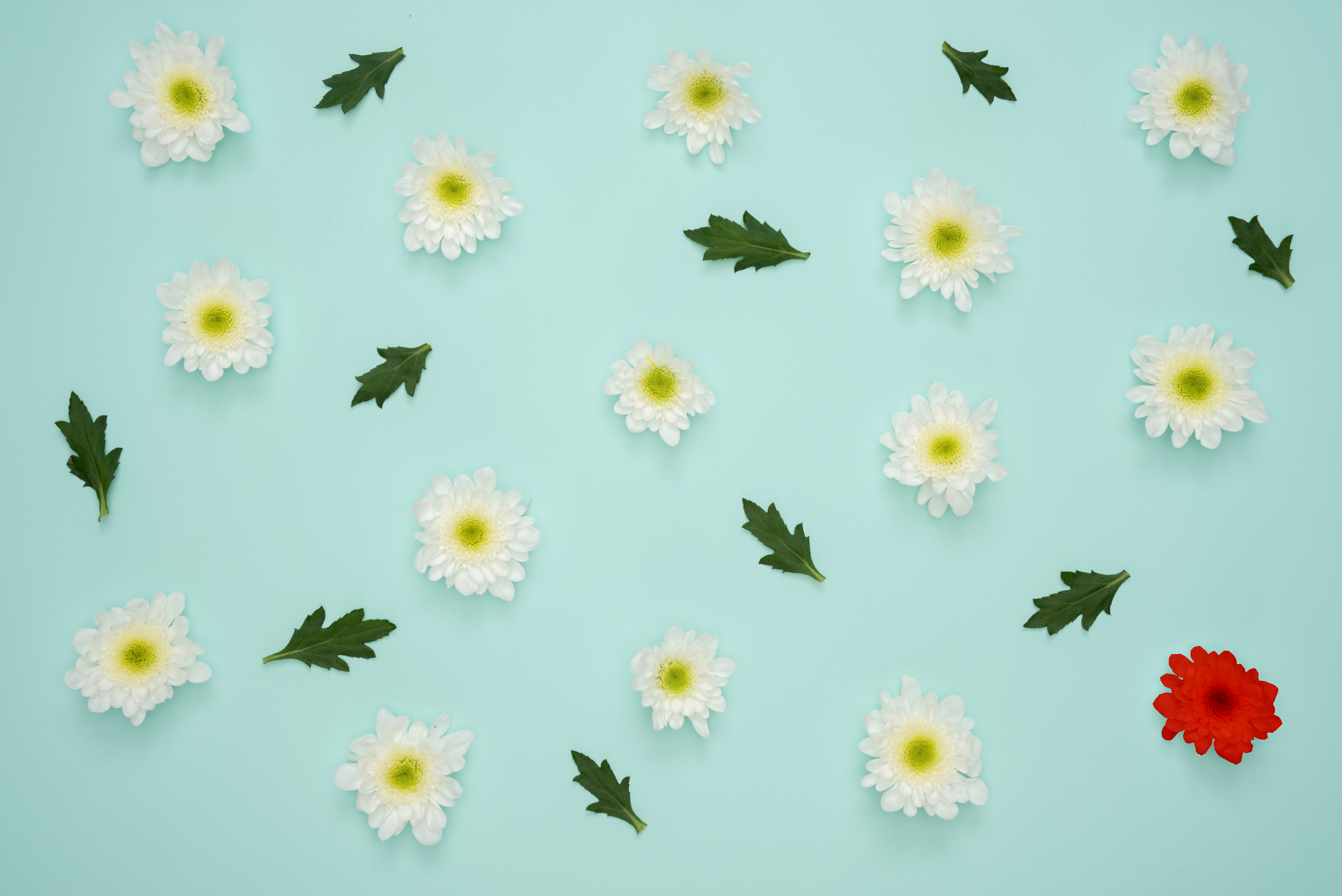 Frame your subject within the shot with things like foliage or an archway to add depth and visual impact. For example, in this shot below I used foliage to frame my subject. You can also use trees, mountains, windows, archways, doors and bridges to frame your subject. Using this simple technique will add depth and visual weight to your cinematography: 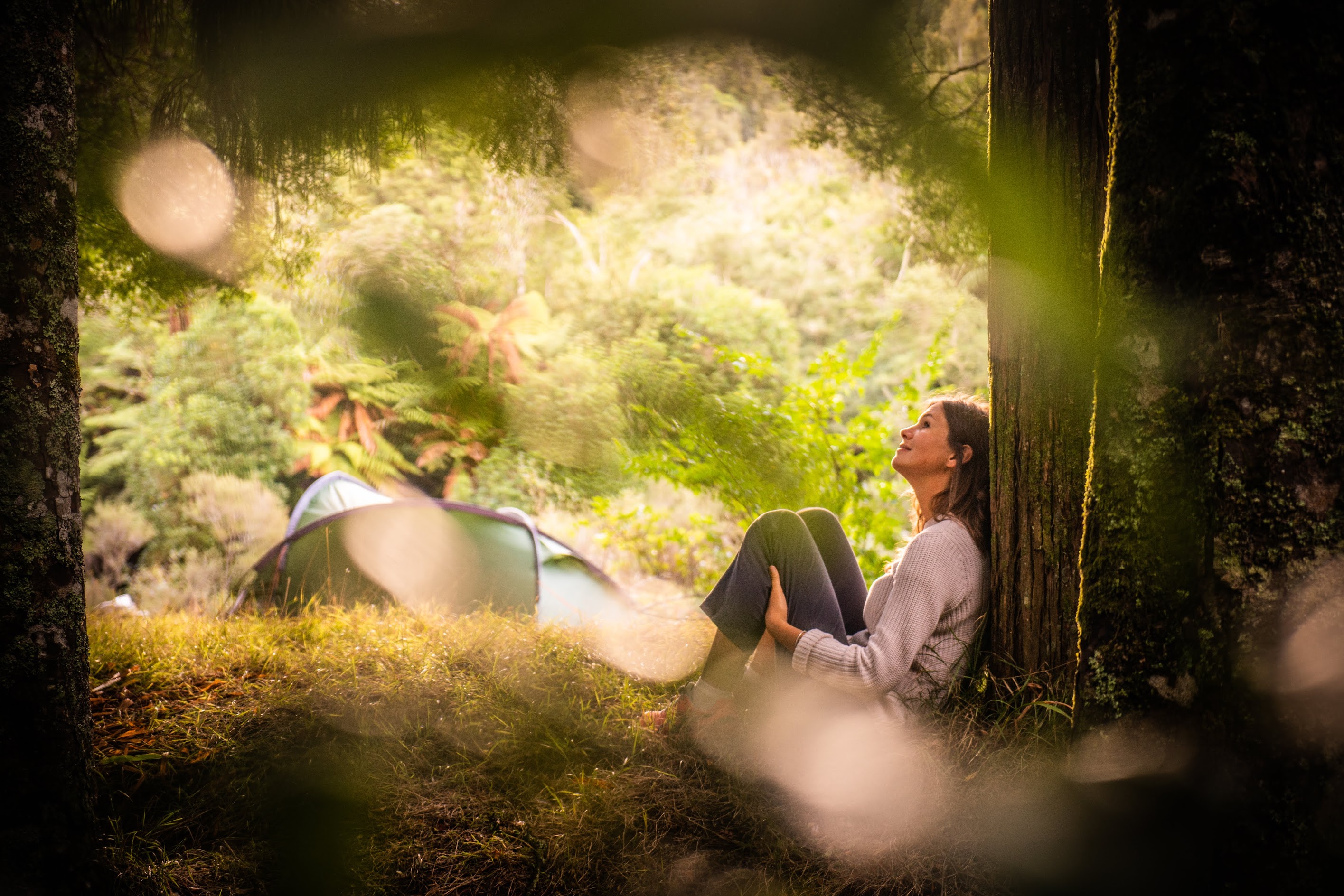 It’s important to pay careful attention to your foreground and background when using the framing technique as it can be easy to clutter the shot or obscure the subject. If there is too much going on around the subject of your photograph the audience may lose the meaning of what your framing is trying to convey. A good tip to soften the background, if there is a lot going on, is to choose a shallow depth of field and it will blur out the cluttered background.

Remember, composition is more about feelings and emotion than rules, so use these tips as a guideline rather than rules that are set in stone. 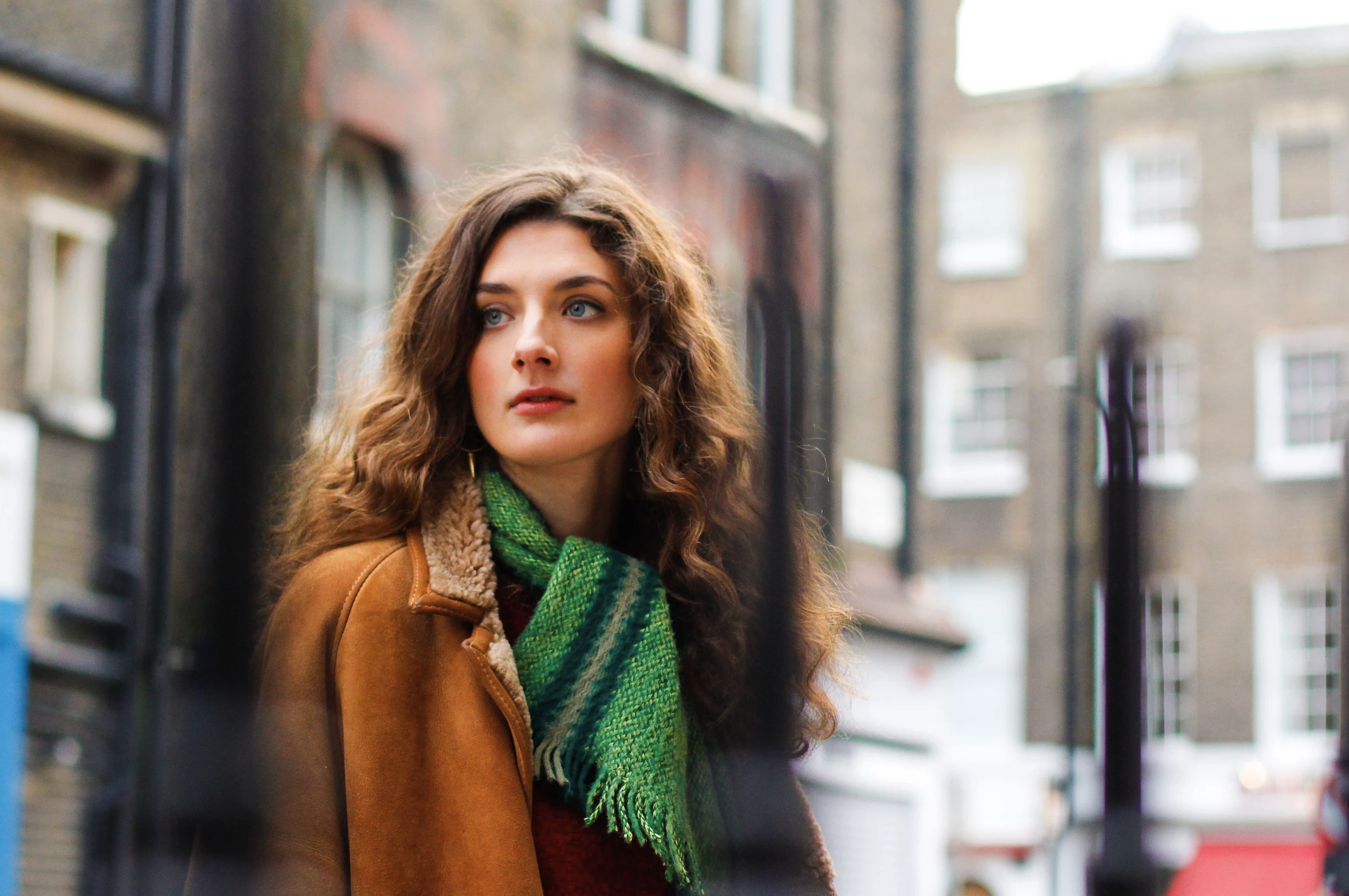 And then as you get more advanced, you will start to use them naturally without thinking and you’ll also know when it’s worth breaking these rules because it benefits the story and helps convey the emotion you want to show.